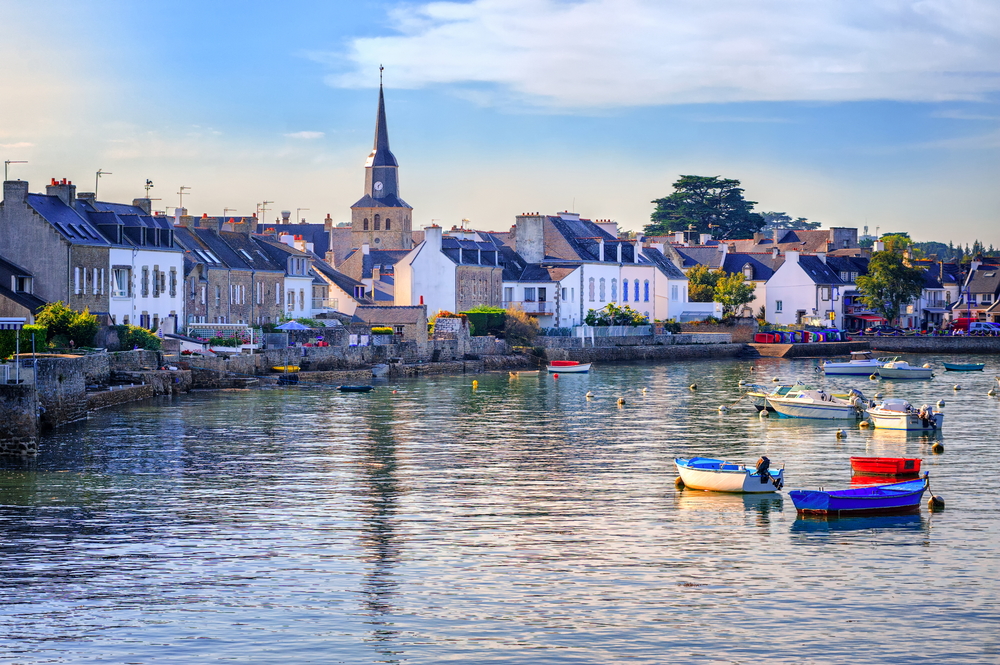 Beaches, coastal walks, rocky shoreline and small fishing harbours are all around you so not surprisingly Brittany remains a popular tourist destination. However moving away from the coastline, this the region has an impressive collection of sites that are worth a visit, for their historic or cultural value, or just because they are really worth seeing. Here are several locations that we recommend.

First among these – though technically in Normandy – is  the Mont Saint Michel. This is the most visited tourist site in France after Paris, and listed as a UNESCO World Heritage Site. The mount, right on the border between Brittany and Normandy, stands on an outcrop of granite bursting through in the middle of a very flat bay, and has been a sanctuary since the year 709. Most of the buildings that now stand on the rock date from the XIIIth to the XVIth centuries, and they include the gothic Benedictine Abbey, the houses that went with it, and the fortifications that protected this strategic location during the middle ages.

In the past,  the mount stood in the midst of quicksands and moving water courses, and access to it was treacherous. To make things safer both for tourists and pilgrims,  a causeway was built across the bay in 1880, and its construction led to a heavy silting up of the area round the mount, transforming much of the bay into grazing lands. Recently the causeway joining the mainland to the island has been removed by the French government to allow the sea to once again surround the Island as in historic times. The latest construction of a road and modern bridge was erected by the French government twelve years ago. Now you can park cars in the large car parks provided nearby and either walk along the new causeway and bridge or travel on the free buses that run every ten minutes between Mont St. Michel and the mainland. On the Mount itself you will find a varied selection of cafes, restaurants, museums, gift shops and historic buildings. 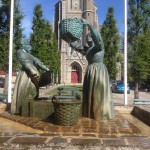 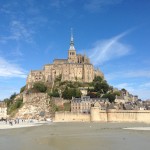 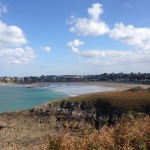 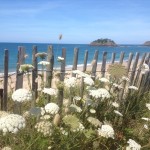 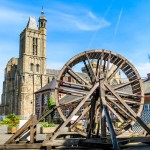 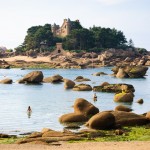 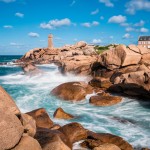 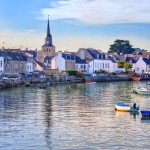 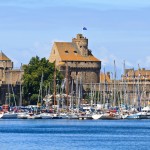 The most visited town in Brittany, St Malo is, like the Mont St. Michel, a fortified enclave standing on a peninsula at the mouth of a river. The city grew up many centuries ago at the mouth of the river Rance, and became famous as the home of adventurers and pirates. Jacques Cartier – the man who discovered Canada – came from St. Malo, but so too did the privateers and corsairs who for centuries preyed on shipping rounding the western tip of France.

Built in the local grey granite, St Malo has a historic centre crammed in behind its ramparts which owe their current form to the great French XVIIth century military architect, Vauban.  A large part of the historic heart was severely damaged by action during the second world war, but has been carefully renovated to its former glory. The city has a number of interesting places to visit, notably the Cape Horn museum devoted to the mariner-explorers of the past, the aquarium, and the castle – known as the Bastille of the west – which has exhibits about the city’s history and its pirates.

The medieval town  of Dinan rests on a prominent hilltop overlooking the Rance estuary.  The large historic has many fine old buildings, some of which date from the 13th century. The town retains a large section of the city walls, part of which can be walked round.Major historical attractions include the Jacobins Theatre dating from 1224, the flamboyant Gothic St Malo’s Church, the Romanesque St Saviour’s Basilica, Duchess Anne’s Tower and the Château de Dinan. A major highlight in the calendar is Dinan’s Fête des Remparts. The town is transformed with decoration and many locals dress up in medieval garb for this two-day festival. The festival takes place over the third weekend in July every even-numbered year. Dinan however hosts many other popular fetes and festivals  throughout the year  which attract both local people and tourists alike.

Made popular by British and American visitors in the 19th century, Dinard was France’s top summer resort until the French Riviera took over in the 1930s. The former fishing village attracted wealthy celebrities and businessmen as well as European royalty, some of whom built fabulous villas; there are now more than 400 listed buildings in the town. The tourist office runs guided tours on several themes including ‘the English touch’ and there’s a British film festival in October. Dinard has several beaches, which range from small coves to long expanses of sand…the  most famous being the Place de l’Écluse, which is instantly recognisable in season by its rows of stripy tents; from June to September the beach organises gym classes and kids’ clubs and many other activities. The Plage de St-Enogat is the place to go for water sports. Today, Dinard continues to be an upmarket resort where tourists choose to spend their evenings at the swish casino after spending the day in the physiotherapy spa. However, the Promenade Clair de Lune, a lovely waterside walk illuminated in July and August, whose palms and lush tropical plants recall the Mediterranean, shows that the best things in life are often free.

With over 2700 km of coastline, Brittany has something for everyone.  The nearest coastline to La Boudonniere is only 25 minutes away and really does offer something for everyone. There are large wide sandy beaches which are popular for land-yachting, sea fishing, bird spotting, sailing, walking, swimming and sun bathing. From Cancale westwards, the coast is rocky, with small sandy beaches and inlets. The Pink Granite Coast, between Paimpol and Perros Guirec is particularly pretty. The western tips of Brittany are wild headlands jutting out into the Atlantic. The south coast of Brittany – though facing out onto the Bay of Biscay – has plenty of long sandy beaches, as well as small fishing ports. The south east coast of the Morbihan, with its sheltered inlets, is particularly popular with yachtsmen, and La Trinité sur Mer is a very popular yachting harbour.